Quand on cherche, on se trouve.

Managing with Communities: a new stake for innovation, agility and resilience!

The symposium will be punctuated by :

The COVID-19 pandemic is a health and social crisis devastating populations and disrupting our society, economy, and organizations.

In response, companies such as Dassault Aviation proposed leveraging collective intelligence to source, qualify, and design engineering and manufacturing solutions.

An open COVID-19 community emerged to consolidate a worldwide list of projects and connect them to people looking for solutions or willing to help.

Unprecedented collaborative impulses and communitarian gatherings developed in all areas: help for caregivers (carers), support for families, a consortium of companies to respond to the shortage of resuscitation equipment, etc.

In these troubled times, the spontaneous responses from communities are multiple and impactful, supporting creative endeavors and fostering innovations for resilience.

The concept of knowing communities refers to the vast body of creative informal networks that repeatedly interact and exchange knowledge to support the dynamic processes of creation and innovation (Amin & Roberts, 2008; Cohendet et al., 2008).

These informal groups are made up of individuals willing to produce and mutualize new knowledge by connecting people belonging to different entities (David & Foray, 2003).

Their properties emphasize their social dimension: the voluntary commitment to exchange and share common cognitive resources; a common identity built on their practice and repeated exchange; the respect of specific social norms (Wenger, 1998; Cohendet et al., 2008).

It has been shown that communities have a leverage effect on value creation and performance within companies and that they foster innovation (Cohendet et al., 2006, Goglio-Primard et al., 2017, 2018, Crespin-Mazet et al.,2019).

Their role appears even more essential in times of crisis, to provide rapid responses to complex issues and foster collective resilience.

The literature on Communities of Practice (CoPs) originates in the works of Wenger (1998) who identified the key role of such informal groups to foster learning between individuals based on practice-based knowledge sharing.

It then came across as well-adapted to reflect the learning dynamics supporting innovative processes within firms or “innovation communities” (Sarazin, Cohendet & Simon, 2017).

CoPs are defined as autonomous, self-emerging and ‘tightly knit’ groups (Brown & Duguid, 1991, 2001) whose members share the same practices and values.

They are self-organized structures that usually emerge spontaneously and whose members learn by engaging in frequent, social, face-to-face interactions and by working side-by-side (Wenger, 1998).

Hence, community members learn by practicing and exchanging with others (Wenger, 1998; 2002) with the objective to develop the competences in a given practice.

These communities play an active role in the innovation process by contributing at different levels: capitalization of good practices, problem solving or development of new ideas.

These new forms of organization act as true social networks by facilitating informal exchanges between individuals sharing a common goal.

Through their interactions, their members develop specific values and modes of operation that facilitate mutual engagement, the sharing of knowledge and good practices and encourage creativity and innovation (Wenger, 1998, Wenger et al., 2011 ; 2015).

Aware of the importance of these communities for their performance, a growing number of companies are adapting their management practices to foster their emergence and exploit their potential (Cohendet et al., 2006).

While innovation becomes a strategic stake for companies, the Bloomberg Innovation Index of the most innovative countries highlights the difficulties of firms to innovate.

In terms of innovation, an increasing number of firms discover the key role played by communities.

Innovation will increasingly draw its main source from communities. These informal communities act as various active units in the innovation process.

Given the source of creativity provided by communities, it is in the company's interest to establish a strong relationship with them and collect the creative honey from them and nurture the organization's formal innovative processes (Sarazin, Cohendet & Simon, 2017).

On the one hand, collectives are built on societal projects, aiming for new proposals and change (Paraponaris et al., 2013, Paraponaris, & Rohr 2015).

They are geared towards the future and defend “a society opened to new values, broader interests and open access to knowledge” (2013, p. 10).

They are naturally opened to other social groups with whom they can confront information and knowledge in an effort towards enrichment.

On the other hand, communities aim to defend their members’ competences and expertise in order to support their regime of competence: their actions directly benefit their members and not the society as a whole.

In sum, communities naturally raise borders to external knowledge while collectives naturally aim at crossing them.

These informal communities act as various active units, with potentially different roles, at different stages of the innovation process.

Given the source of creativity provided by these new organizational forms, companies should establish a strong yet respectful relationship with them in order to harvest their creative outputs and nurture the organization's formal innovative processes (Sarazin & al., 2017), especially in times of crisis.

Selection Process of papers and dates:

All Authors should submit their full papers in english for consideration to Karine.goglio@kedgebs.com for March 1st. Full length research papers (including tables, figures, references and appendices) should be up to 10,000 words.

The best papers presented during the Symposium will be proposed to European Management Journal for a Management Focus on "Managing with communities for innovation, agility and resilience".

The proposed Management Focus is planned as one of the academic outputs of the Symposium. The management focus is open to all Scholars to ensure that those not involved in the KCO symposium can also submit a paper.

All Authors should submit their full papers for consideration by guest editors to Karine.goglio@kedgebs.com  for 25th September 2021. All submissions will be subject to EMJ’s usual double-blind peer-review process and should respect the journal’s guidelines. 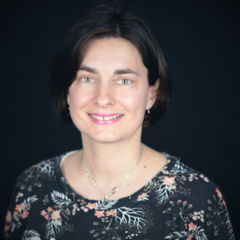 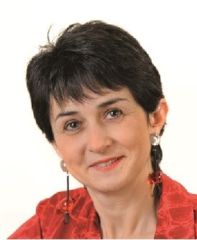